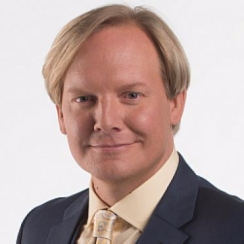 His career, however, extends back to his high school years when he hosted the teen-oriented consumer affairs series Street Cents from 1989 until 1996. He then went on to host, co-produce and write for his own teen-oriented talk show, Jonovision, from 1996 until 2001.

He’s appeared and starred in many television series and movies over the years becoming one of Canada’s most well known young actors.

Now in his 40’s, Jonathan has shifted focus, most recently co-writing a book and developing a podcast with his friend and drummer for the band Our Lady Peace Jeremy Taggert.

Canadianity, a compendium of vignettes of the country is top ten on the Globe and Mail’s Canadian non-fiction bestseller list and the podcast, Taggert and Torrens.

In our conversation we talk about his early year, his decision to leaver Trailer Park Boys as well as his thoughts on reinventing himself and the impact of the Nova Scotia government’s decision surrounding the Nova Scotia Film Tax Credit.

Jonathan is married and has two daughters, Sugar-Daisy and Indigo and lives a few minutes outside Truro, Nova Scotia which is where I sat down with him for a chat…