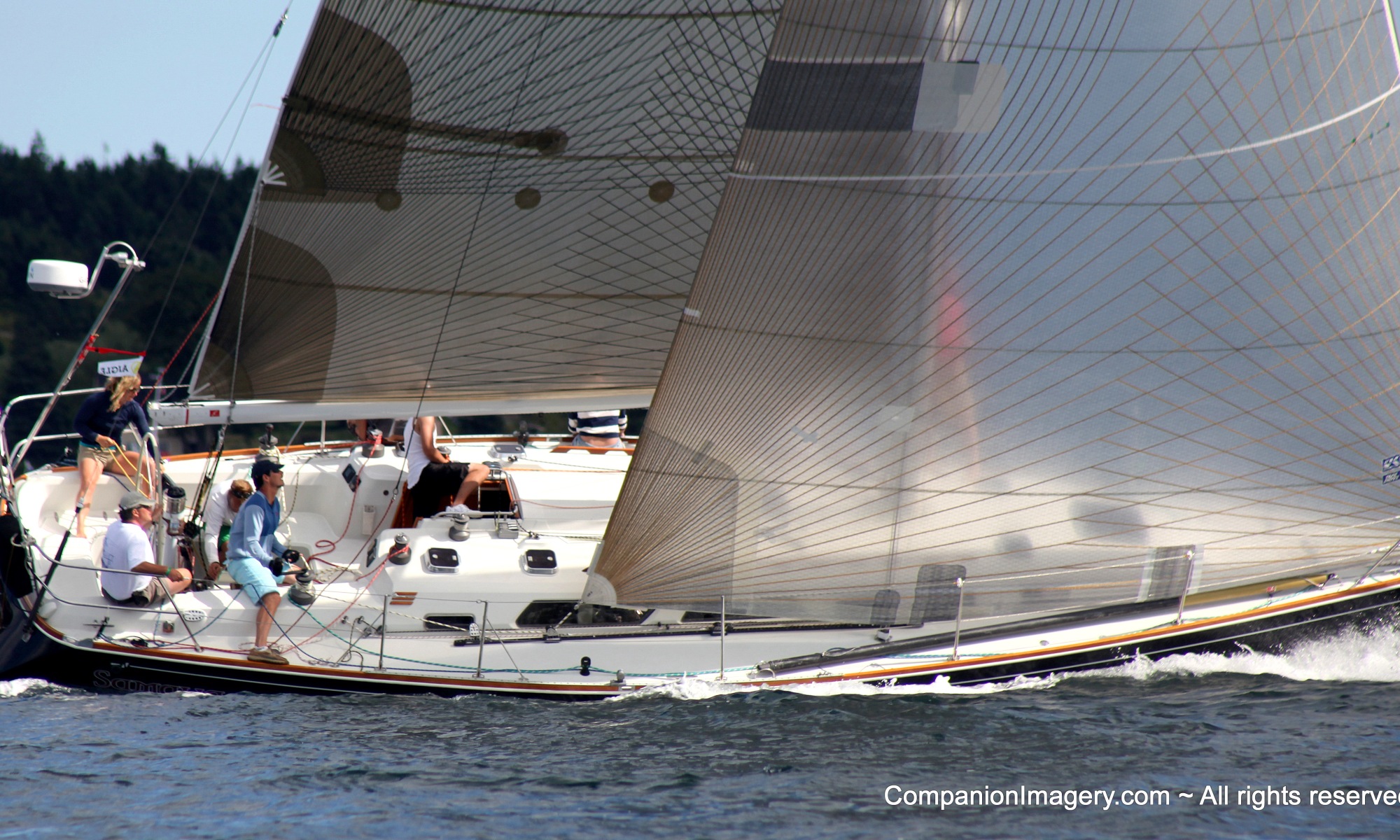 The “Living Wage” is an interesting term. To its credit, the Canadian Center for Ethics in Public Policy were gracious enough to invite the opinion of CFIB members to a forum tonight to discuss a recent report commissioned by the United Way of Halifax and executed by the Canadian Centre for Policy Alternatives (CCPA).

The United Way is a well know charity aggregation which provides its charitable clients organization and communication expertise. They have been great contributors to the social fabric of communities across Canada raising money for important organizations and projects.

Many small and medium size businesses contribute generously to the United Way as an effective method to give back to their community. CFIB has been a strong supporter of the United Way in years past as have individual CFIB members. The United Way has had many profoundly positive impacts on our community over the years and continues to play a valuable role. However, good works should not and do not inoculate any organization from scrutiny.

The Catholic Church has also effected many great works of charity, it is useful however from time to time that it should  be questioned on its social positions or associations. Agree or disagree, we live in a society where organizations that receive public funding should be held to account by the public at large. Such as it is with the Catholic Church and so should it be with the United Way.

This week, CFIB’s President Dan Kelly and I both came under fire for some comments around the United Way’s partnership with the CCPA. Over the weekend, I had made some rather benign comments about the CCPA’s living wage report stating that, as a voluntary measure, CFIB didn’t have many concerns about the identification of a pay scale predetermining a living standard, however arbitrary the methodology, provided it was voluntary.

I also cautioned that $20+ shouldn’t be used as a benchmark for the minimum wage discussion. Dan then weighed in on Monday on Twitter questioning the United Way’s association with the CCPA….and off we went.

There was an ensuing kerfuffle in the media as News 95.7’s Rick Howe and Sheldon MacLeod and the CBC threw a little gas on the fire. This was followed by the usual assortment of anonymousTwitter trolls and labour activists weighing in accusing CFIB of everything from calling for a “boycott” of the United Way to “h8ing” the poor. Neither of which are true but such is the level of debate on Twitter. (I did find one post amusing however which pointed out I was “too busy” to engage in this Twitter nonsense because as an advocate for small business I was swimming around in treasure like Scrooge McDuck…see above.)

Sue LaPierre, director of strategies and partnerships with United Way, told the CBC that their involvement in the study isn’t political, and is simply a tool to help them reduce poverty in the community. She said, “We certainly have not begun to advocate for small businesses or any businesses to pay a living wage…What we advocate for is a good quality of life for our citizens.”

It seems somewhat naive to believe that spending $23,000 to hire and work with a group that is both funded by, and an advocate for, big labour organizations (and by extension their political positions) would not be viewed by some as being a tad “political”. For example, had the United Way commissioned a Living Wage study by the Fraser Institute on the impact of a living wage, one can only imagine the hue and cry emerging from the so-called “progressives”.

But to the matter at hand, a living wage.  If a firm has the capacity to pay this $20.26 per hour “living wage” and sees the advantage of voluntarily doing so relative to employee retention, productivity and other metrics, then it should indeed do so.

That isn’t the point.

The living wage campaign is not simply an academic exercise or a “discussion starter”. It is clearly constructed to set a benchmark for legislators to increase wage floors and minimum wage levels and has been used to that effect in other jurisdictions. The city of New Westminster, British Columbia has adopted a living wage ordinance and you can rest assured the $15.00 minimum wage being implemented by the new government in Alberta was not a number picked out of thin air.

If the United Way of Halifax does not believe the living wage is connected to the minimum wage debate, it need only examine the Living Wage Canada: Call to Action. The two are inextricably linked and evidence is put forth to not only establish a living wage but to also pressure government to increase minimum wages. They might also note organized labour’s participation in the campaign and the “debunking” of myths around minimum wage and small business.

Our 5,200 members in Nova Scotia and 109,000 across the country, all of which are small independent businesses, do their best to offer competitive wages that will help them attract and retain valued staff. They have a serious issue with escalating minimum wage floors across the country and CFIB as an organization has the responsibility, as seemingly their only voice on this issue, to articulate their concern.

As outlined in the report by Nova Scotia’s Minimum Wage Review Committee, CFIB’s research also finds that most minimum wage earners are young, live with family members, and are not from low-income households. In other words, increases in minimum wage do little to reduce poverty because, as with most blunt instruments, it does not have the ability or flexibility to zero in on the appropriate population.

In spite of the CCPA’s assertions to the contrary, there are volumes of data and decades of research which indicate minimum wage increases do have serious and unintended consequences: job losses.

CFIB’s latest figures based on the 2014 Labour Force Survey estimates that in Nova Scotia anywhere between 1,800 and 8,000 jobs have been lost with every 10 per cent increase in minimum wage. These job losses have taken the form of hiring freezes (jobs that would have been filled but were not), slower employment growth, or direct job cuts during an economic downturn…mostly in the cohort of workers 25 to 54 years of age since the negative employment impact applies to the bulk of the working population.

This data is supported by what we hear from our members every day, businesses that have to cutback staff, hours or training to offset costs due to ongoing wage pressures. Of course, the impact of minimum wage increases go beyond job losses as they also significantly increase payroll costs in a firm. Employers often feel pressure to increase the wages of all employees when the minimum wage goes up.

Additionally, with any increase in payroll comes an increase in payroll taxes, including Canada Pension Plan (CPP) contributions, Workers’ Compensation and Employment Insurance premiums. Payroll taxes are the most detrimental tax to businesses as they are profit insensitive – they do not adjust based on corporate or personal income growth, as corporate and personal income taxes do. Consequently, payroll taxes are widely viewed as an enemy of job creation.

While CFIB is not discouraging employers from deploying a voluntary living wage, we are deeply concerned this campaign will have an impact on provincial legislators who may look to the living wage benchmark when considering minimum wage.

Minimum wage is clearly meant for entry level positions, usually for young workers entering the workforce. Our research shows that only 6.8% of workers in Nova Scotia earn minimum wage and of those nearly 60% are between the ages of 15 to 24. Only 40% of those are full time jobs and a majority do not belong to poor households, live with their parents or family members, are not primary income earners and 47% leave their job within a year.

At CFIB we believe it is our responsibility to point out alternatives.Our reports on minimum wage are designed to do this. For years, CFIB has been urging government to improve the income position of all Nova Scotians, particularly low-income earners, through the tax system. New figures show the combined federal and provincial tax-take of Nova Scotia’s minimum wage earners is the fourth highest in the country.

Low levels of basic personal and spousal exemptions, combined with a personal income tax system that is not indexed to inflation (though the minimum wage is), regressive consumption taxes and disincentives to economic growth are the culprits. CFIB also believes it is simply unacceptable, and in many ways unethical, for government to benefit from minimum wage increases through increased tax revenues.

While little research is available in Canada – as only New Westminster has adopted living wage legislation in 2011 – there is research from the United States that shows that living wage laws, like minimum wage legislation, typically lead to fewer job opportunities for lower-skilled workers and spite of what its advocates are claiming, they don’t in fact help poor families escape the cycle of poverty. Additionally, there is a potential for living wage laws to inflate municipal budgets through higher costs for public services and to reduce the efficiency of local government.

Loath as I am to attribute motivation to any group, one must look at why this idea is being pushed forward by activists fronting for organized labour. It doesn’t take too much sleuthing to join the dots. Reviews of municipal US living wage policy however, have shown that because many living wage employers end up being large firms dealing with government, the institution of living wage policy acts to reduce or eliminate incentives for governments to contract out work done by public sector unions. In turn this increases unions bargaining power, raising wages of their members. Altruism indeed.

As for the United Way, saying they simply want to have “the discussion” about a living wage feels a bit disingenuous, especially in light of the fact that simply Googling “United Way” and “Living Wage” turns up lots of associated reading material. There is ample existing evidence available for the United Way to make a determination of whether or not it should support a living wage in Halifax.

It may not seem like political advocacy to the folks at the United Way…but from this perch, it’s pretty close.

CFIB is simply pointing out, with the utmost respect, that if the United Way of Halifax is going to use its name to advance this campaign, it should understand there are a great many small business owners, contributors to the United Way, who may vigorously disagree with their position and they may choose not to want their contribution used to advance this policy.

One Reply to “More than 140 Characters on the United Way, the Living Wage and Minimum Wage”